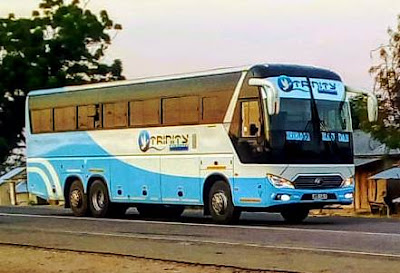 Trinity Express s a Kigali Based Bus Company which provide daily Passenger Intercity Public transport between the East Africa countries especially to Tanzania and Uganda with an affordable prices/fares. They become the giant transport operator for the Dar es salaam To Kigali route with a daily departure in both cities.
The route by road runs along what is known as the Central Transport Corridor and will be crossing into Tanzania at the just opened one stop common border point at Lusumo. They also have a daily routes to Uganda with destination to Kampala via the Gatuna boarder.

The company operate modern luxury buses to all international routes with some ordinary buses to some of the local routes in Rwanda. They have a mix of fleet by Scania with locally assembled bodies as well as Chinese Yutong Buses which most of them are of Luxury class.

Most of their buses are fitted with On board Luxury features to refresh your Trip all the way long. Passenger can enjoy an Individual features as well as Public features while they keep on travelling with Trinity Buses. Below are some of those features available on Trinity Buses:
Multiple Slim Television On Each Side
Modern Sound System With Individual Speaker
2 by 2 Reclining Seats
On Board USB Charging System
A/C Services To Some Of Their Buses
Soft Drinks & Snacks

They Offer Daily International Bus Services between from Kigali Rwanda To neighboring countries of Uganda and Tanzania. Their major Destinations being in Dar es salaam and Kampala, Passengers can book their Tickets at their offices at the travell day or book in advance few days before the travelling day.

You can make a booking of your Tickets in advance by calling them or their agents through those phone number listed below this post. Parcels transfer services also available at Trinity Express with affordable prices to any one in all countries. 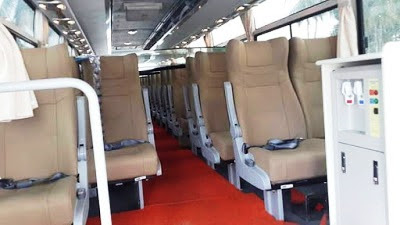